These lakes are typically found in sandy uplands and get most of their water from surface water runoff and seepage from the surfical aquifer in areas of sandy substrates.  They are not generally part of stream systems, nor or they fed by springs originating in the limestone aquifer.

The water is typically clear.  The substrate is generally sandy.

They may lose this character if surrounding areas are heavily fertile, used for animal husbandry, or developed. If they become eutrophic, this classification would move them into that category.

Vegetation is typically restricted to shallow areas and tends to be sparse.

Research has shown that these lakes can be rendered more acidic due to atmospheric deposition (acid rain).  The pH of one lake (Lake Annie, Highlands Hammock) was reduced from above 6.0 to about 5.1 between 1966 and 1992.  Acidification was  apparently a threshold phenomenon when, following depletion of the watershed's buffering capacity, acidification of the lake was rapid. (Battoe and Lowe 1992).

Coastal Dune Lakes are found near the Gulf Coast.  They are freshwater (sometimes slightly brackish) systems, generally with clear tanic (tea colored) water.  Some have periodic connections (overflows) to the Gulf though salt water may encroach in the presence of storm surges.  Good examples can be found at Topsail Hill State Park and Deer Lake State Park. 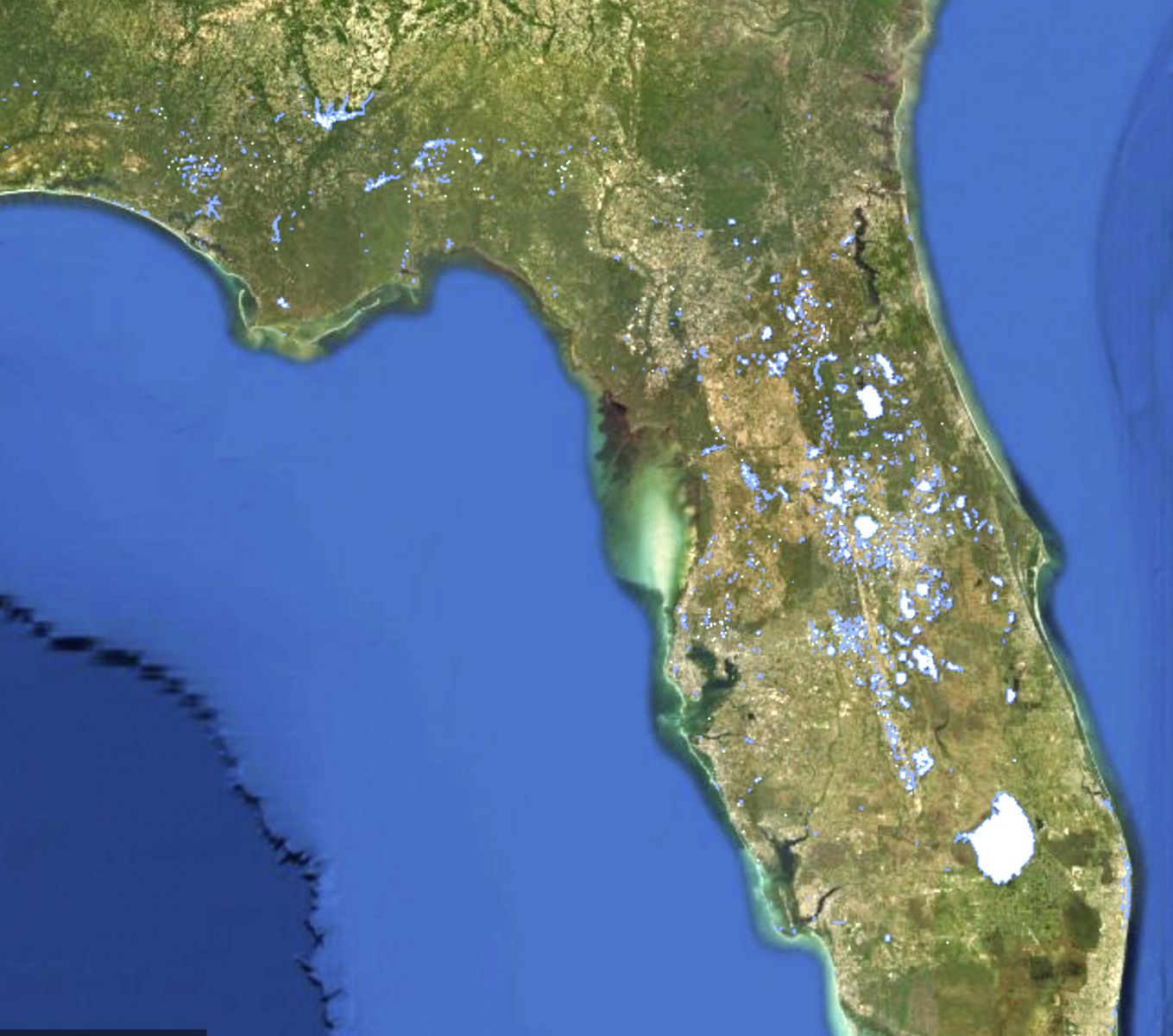 Map of Florida Lakes, from Florida Lake Watch website with the map restricted to showing lakes and ponds only.  This map does not classify lakes by pH or trophic state. 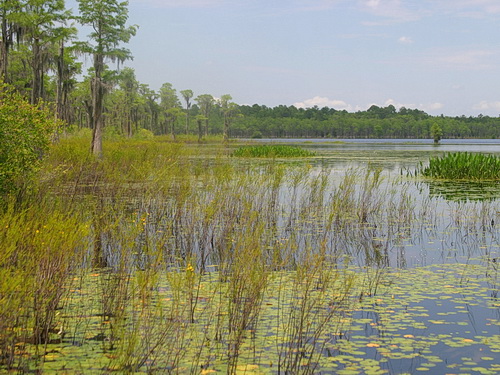 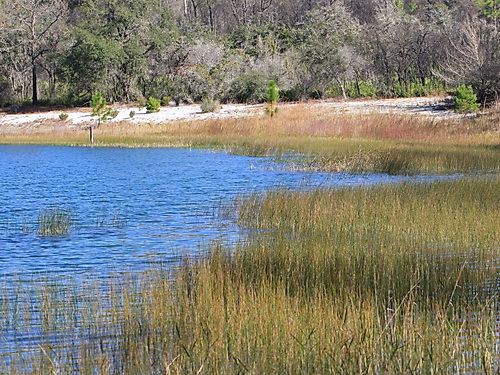